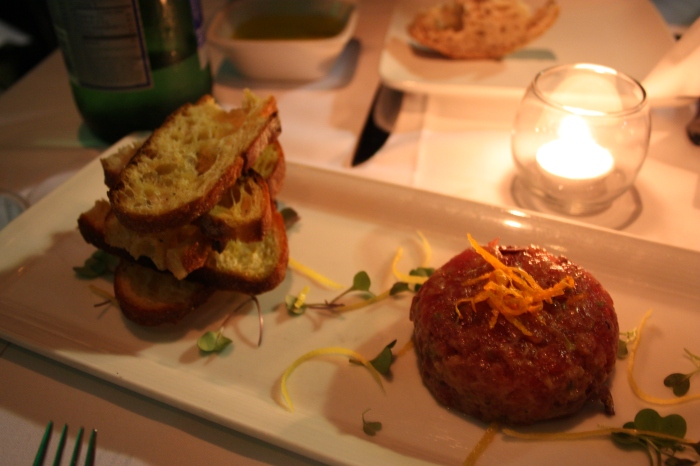 Mare Takes on the Tuna Tartare

The tuna tartare at Mare in the North End is definitely not the best I’ve ever had, but not bad. The tiny chunks of fish were tender and very flavorful. However, I felt that the capers and kalamata olives were not the best combination, as they seemed to be fighting for the role of sharp-tangy-complement which, in my opinion, only one of these ingredients (the capers) could fully handle. The tartar was also garnished with thin strips of orange rind which I thought was completely inappropriate as this citrus did not match the flavor profile of either the olives or the capers and instead just introduced another totally unrelated sweet flavor into the dish. I appreciate the ristorante’s attempt to make this typically French masterpiece a bit more Mediterranean, but I think I’ll stick with the lemon zest – caper version, thanks.