Seem like I have been uncharacteristically ALL about Korean food the past few weeks? That’s because I have… Snapping photos of Korean dishes and trying to identify the ingredients therein, I’m helping out a reporter friend of mine who is currently working on an article about the Top 5 Korean Restaurants in B.A. It should be quite the read. Casa Feliz, another Carabobo gem in Flores, was the last stop on our list and while I do feel a tad down about the fact that we have come to the end of this journey, I will also kind of appreciate the break from kimchi and bean sprouts. 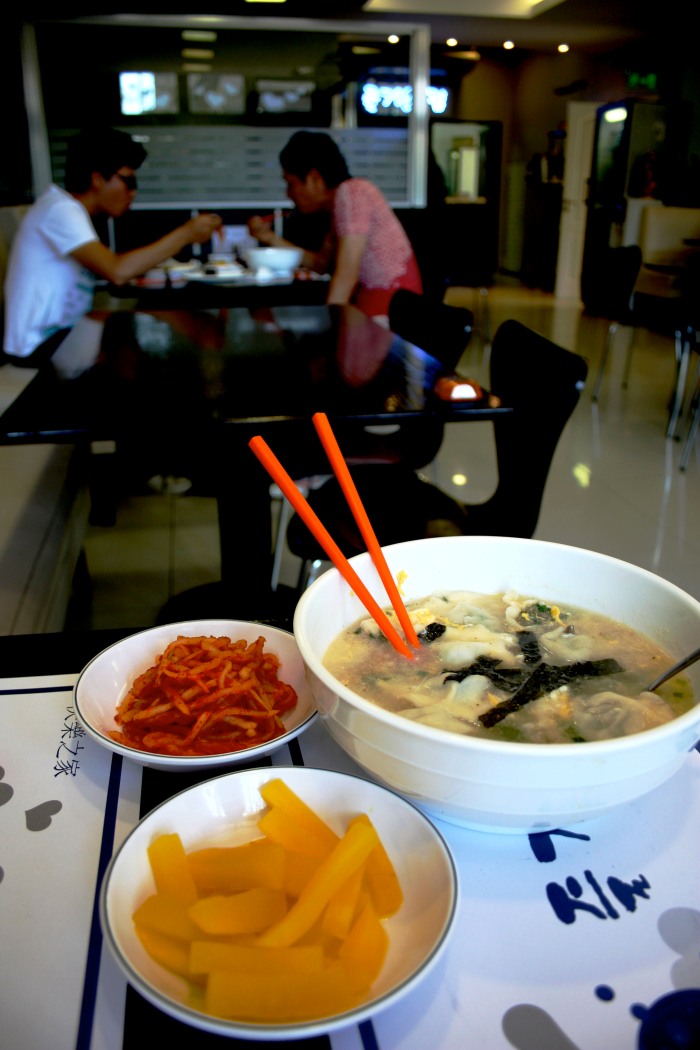 Unlike the other authentic Korean joints in Flores, this place has a younger, more modern, more “in tune with the times” feel to it. The place is squeaky clean with a shiny linoleum floor and funky IKEA-style furniture. The clientele is also much younger, made up mostly of students and young professionals grabbing a bite to eat between classes or during lunch break from work. The service was pretty fast and the impressive picture menu boasted very affordable prices. Having already covered the basics (barbecue, bulgogi and bibimbap), we opted for a big bowl of Korean-style dumpling (empanada coreana, that cracked me up…) soup, a dish we encountered on many of the other restaurant menus but one which we had never before chosen to order. 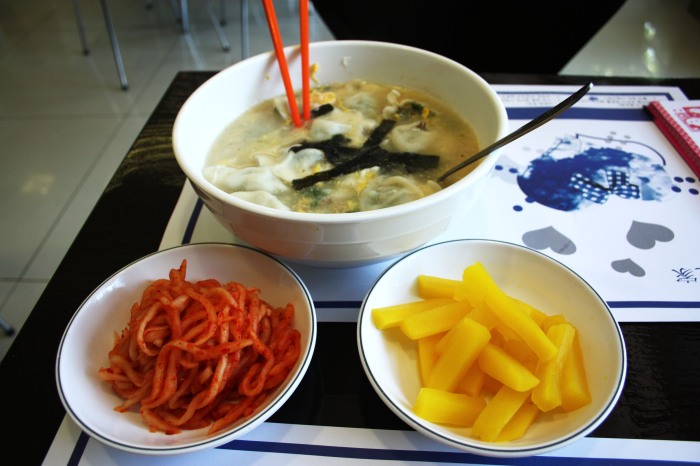 While it was a pretty hot day out, and the steam rising off the soup was a bit overwhelming, we were not let down. The soup was very flavorful, with shreds of poached egg, green seaweed and green onion suspended in and floating across the otherwise clear broth. The pork and chive dumplings (and a generous portion of them at that) were delicious, the doughy casing steamed to slimy perfection, and the minced pork filling very flavorful with a pleasant creamy consistency. Also floating in the soup were thin slabs of chewy steamed rice cake tteok as well as tiny cubes of dried beef, both of which added interesting texture to the dish. The soup came with a side of kimchi (this one had bits of ginger in it which made it especially cool and refreshing) as well as sweet blocks of pickled parsnip. 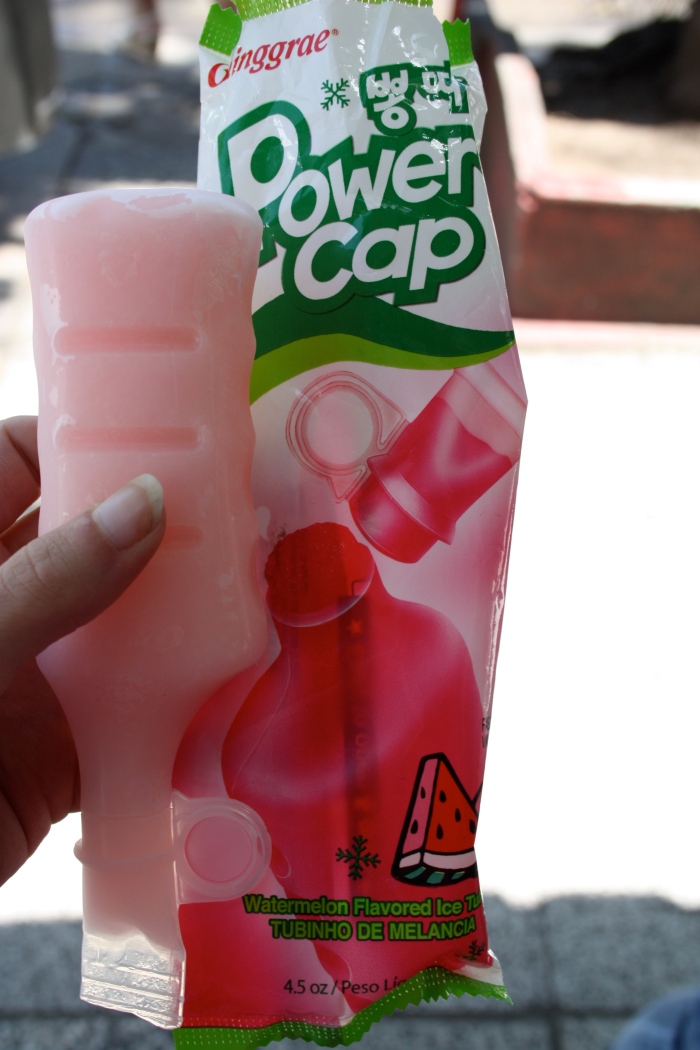 Satisfied, and walking down Carabobo back to Rivadavia for probably the last time for a while, we decided to celebrate the end of our Korean quest with dessert in the form of a Korean frozen slush treat from a Korean corner convenient store. Fascinated by the strange tube contraption the ice cream was encased in, we were drawn to them immediately; purchasing them was a silent, mutual decision. They were wonderful. Sticky sweet with absolutely no resemblance to actual watermelon flavor but nevertheless very refreshing on a sunny day. A great way to mark the end of an era.