The other day I stumbled into a pretty nice downtown eatery, a place with a menu that looked like this: 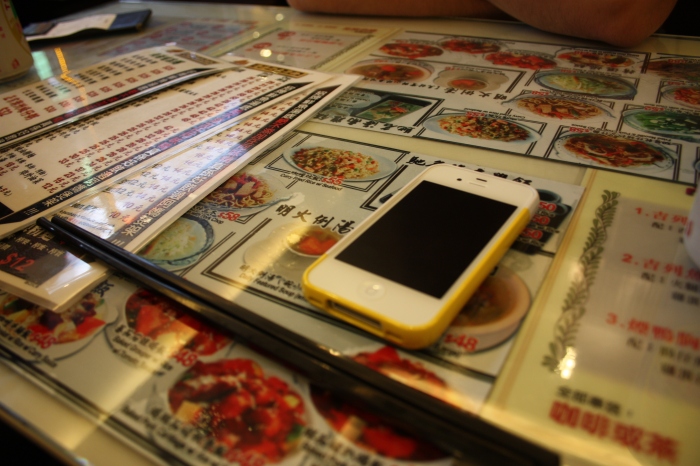 After 2 weeks in HK, I am just now starting to get used to these extremely long menus, but one thing that nonetheless stood out to me was how at this place about a fifth of the menu (so around 30 items) consisted just of different types of congee. I have been hearing around town all about this soup, how it is one of those poor-people-only-turned-traditional dishes, how it is the original Chinese comfort food, the chicken noodle soup of Asia. So despite the fact that this is a steaming hot, heavy soup usually consumed on cold winter nights, and the fact that its around 95 and humid out right now, I decided to order one. One can never know when or if they will ever be in China on a cold winter night, right? To kill two birds with one stone (that is to try two things I’ve been meaning to eat in a single dish), I ordered the frog congee. Sure this isn’t the most traditional type but I will have it with salted duck eggs too at one point soon. 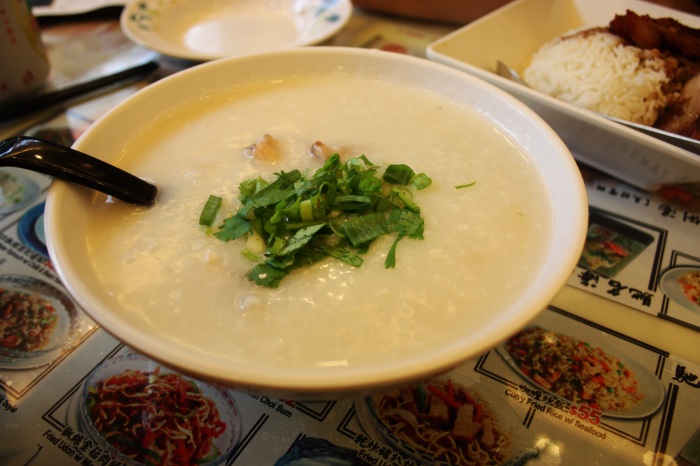 A thick, white porridge made by cooking white rice in a copious amount of water until it disintegrates and the starch turns the soup into a thick gruel. Perhaps not the best thing to order on a hot summer afternoon, but I can imagine how a hot bowl of this stuff can be the perfect cure for an ice-cold and miserable winter night. Velvety smooth, with little bits of very soft rice falling apart in the mouth – a bit like hot rice pudding except a bit soupier. Ours was flavored with coriander and parsley. Adding soy sauce to it, a common practice, gives it a bit more flavor depth which it doesn’t really have on its own. 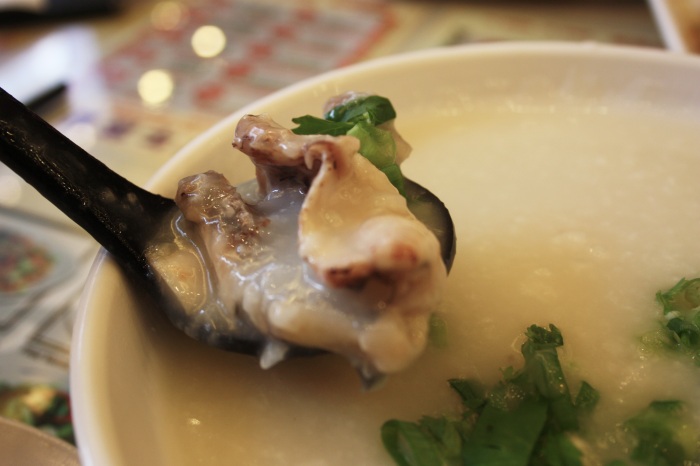 The steamed whole frog chunks suspended inside were a bit bony (obviously this is expected) but the flesh was tender with a very mellow white meat chicken flavor. In fact, for me, frog always appears identical to chicken (as the popular saying goes) except for the shockingly tiny tibiae and fibulae one pulls out of one’s mouth after massaging the doll-sized lumps of tendon off with one’s tongue. Even the skin is pretty similar (when steamed) – slippery soft and chewy. Delicious. Cheers!

One thought on “A Steaming Hot Bowl of Frog Congee: The Chinese Alternative to Chicken Noodle Soup”