This past weekend a good friend and I attended the Shuck It! Oyster and Craft Beer Festival hosted by Tony & Joe’s in Georgetown. As I am recapping the event for another publication, I won’t write too much about it here. I will, however, post a few photos I took at the event and get your mouth watering for the delicious local Chesapeake oysters I ended up trying.

A fried oyster slider was served along with a wonderfully creamy oyster chowder, corn-on-the-cob and potato salad for those who prefer their food not-so-slimy. The oyster from Louisiana was cornmeal crusted and fried to a juicy, mushy texture. It burst forth briny liquid as soon as I bit into it. Classic tartar sauce served with it, though the oyster didn’t really need it. The bread was a bit too thick but making it an open-faced sandwich solved the problem.

For the daring, there were Oyster Shooters made with cocktail sauce, a slimy little oyster and local The Bay Vodka, flavored with Old Bay seasoning. The first one was made a bit too strong and served in a pretty large shot glass, so it was a bit painful, but they got smoother… 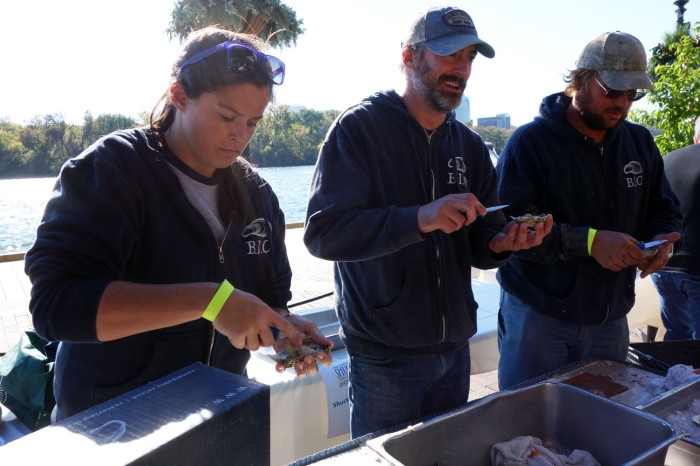 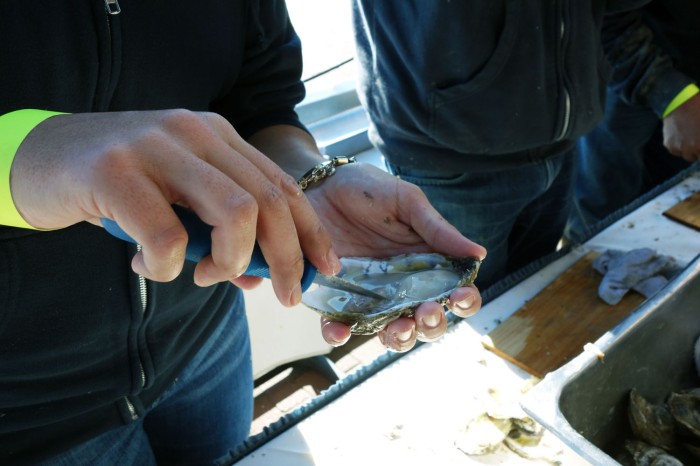 Owner Timothy Devine repping Barren Island Oysters. Buttery, plump and delicious. He explained to me how the process of regularly chipping the edges of their oysters forces the shell to grow a deeper cup, resulting in a plumper, meatier oyster. Then he stuck one in the palm of my hand. I went back for more quite a few times. 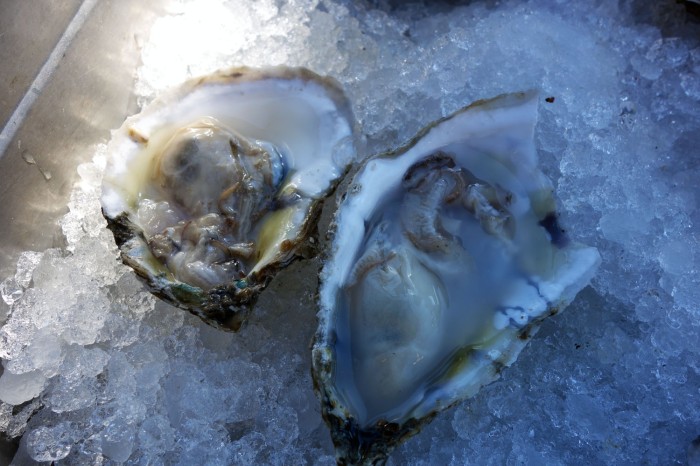 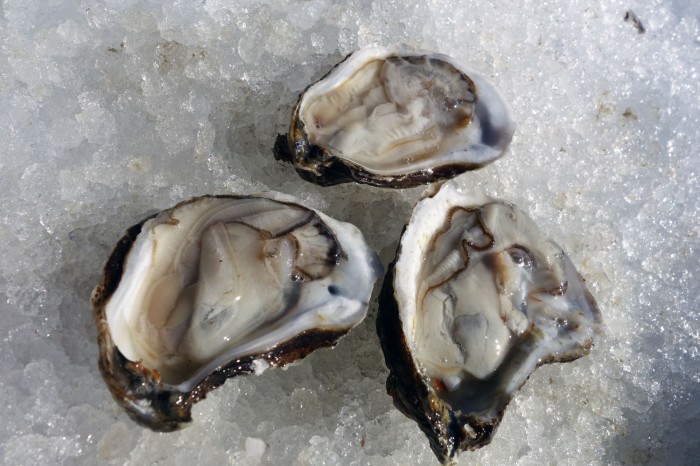 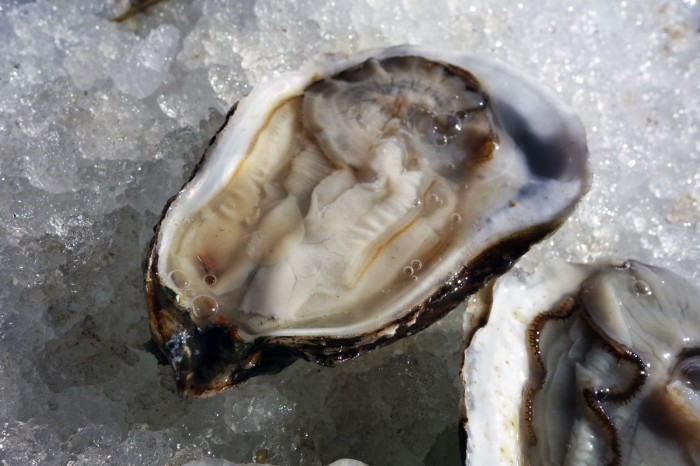 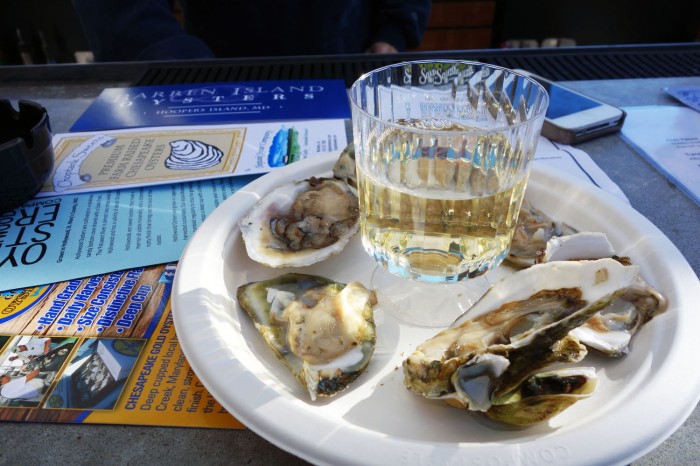 There were 9 different types of oyster, some local to the Chesapeake region and others native to the Northeast, West Coast and the Gulf Coast. My favorites were the plump and ultra-buttery Barren Island’s. There were also slightly more robust and meaty Choptank Sweet’s, very deep-cupped Chesapeake Gold’s and plump Hollywood’s from Maryland with a peculiar cucumber finish in taste. There were Blue Points from New York and some GIGANTIC Wianno’s and Wellfleets from Mass. Apparently there were also some Canadian guys around but I didn’t get to try those. 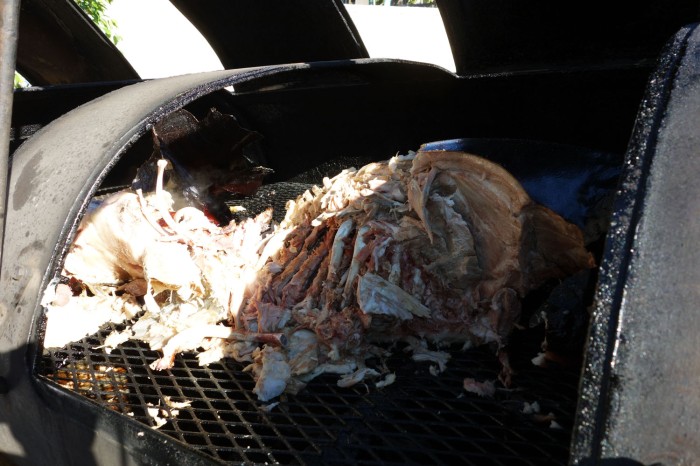 There was also a whole pig smoked overnight and roasted to tender, juicy perfection, along with some gigantic cut of beef which I could not identify. I tried some of the pig skin, which unfortunately was a bit too leathery and very difficult to bite through. The meat was succulent and very moist, however, even the leaner pieces.

There were some pretty great craft beers on tap, including the hoppy Dogfish Head 60 Minute IPA, a fruity Atlas Brewing District Common, a Citra Lemon Saison from 3 Stars Brewery and even one called the Flying Dog “Pearl Necklace,” which is a traditional dry stout brewed with local Rappahannock River Oysters from the Chesapeake region. I stuck with wine for the most part, as the crispy cool, dry Sauvignon Blanc from Hess Winery (which I just visited a few months ago in Sonoma!) and the sparkling Chandon went perfectly well with the briny little guys.

I had an awesome time and left a very happy ostreaphile.