In that same town of Ulldemolins, there’s also a bakery called Forn de Pà Floro, unsurprisingly run by a guy named Floro. Floro has a massive oven and a very particular baking style to go with it. He focuses on pa de tinyol (a.k.a pa de monyo), a bread with a curlicue hat topping it. It’s crunchy outside with a smooth, white, spongy interior. He also makes baguettes and decent chocolate croissants. The entire town and, I imagine, many neighbouring towns buy bread from Floro.

Floro also happens to be quite the wiseass. One time my colleague (rhetorically) asked him how he is capable of baking what seems like a never-ending flow of consistently delicious breads every day without anyone’s help and he responded, “Well, do you need help to put on your underwear in the morning?”

I’m still not sure I understand what that means. I suspect his riddles take time to untangle.

Another thing that Floro is known for around town is his braç de gitano, which is a thin sponge cake smeared with creamy custard, rolled up into a log and baked. After cooling, it is dusted with powdered sugar and decorated by scorching the curved surface with tools designed by Floro himself specifically for this purpose. The patterns, which are sometimes floral and other times reminiscent of grapes and wine, make the cake an impressive centrepiece for special occasions. Each cake is also over a meter long. In fact, the oven in which it was baked had to be custom designed (also by Floro, without anyone’s help) to fit it. The name of the cake, translating literally to “gypsy arm,” is a reference to the tanned exterior that comes about by brushing the surface with egg yolk before baking it. A cake like braç de gitano exists in the cuisines of several countries around the world. Perhaps its most widely known doppleganger is the Swiss roll, which albeit is not really Swiss. 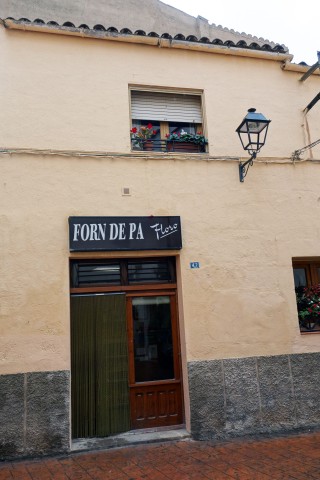 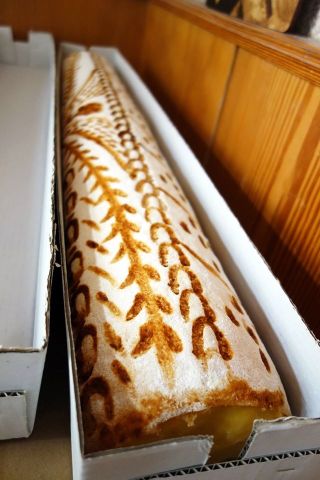 And it’s yummy, but a little goes a long way. The custard inside is very dense and the fluffy cake gets caught in your throat on its way down, a potential choking hazard if swallowed with too much zeal. The flavour is mild and not particularly interesting, though a good accompaniment to coffee in the morning. But, alas, the “arm” is usually served as dessert following a massive meal of lamb or boar, when you’re already gripping your belly and swearing to fast for at least a week. Nevertheless, it’s nice to look at and usually indicative of a good time.