Last Saturday I was not feeling so trill. After a relatively long night of…playing too much Scrabble and…drinking too much chocolate milk… I woke up to a world that just didn’t look the same as usual. A lot of things just didn’t seem okay. Now, a lot of people in this situation feel sick to their stomach and the last thing they can think about is food. I’m just the opposite – I wake up STARVING. Unfortunately on this particular day I had absolutely no food in the house and was feeling a bit too unwell to pop downstairs for an empanada or even to pick up a delivery order. I lay in bed watching cuevana instead, like a pathetic loser, hoping for a miracle. 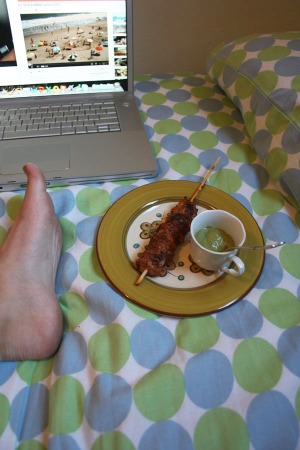 And then that miracle came. In the form of my roommate knocking at my door and then opening it, holding a plate of something. I could not make it out at first but when it came in focus, I saw what it was. It was something delicious. 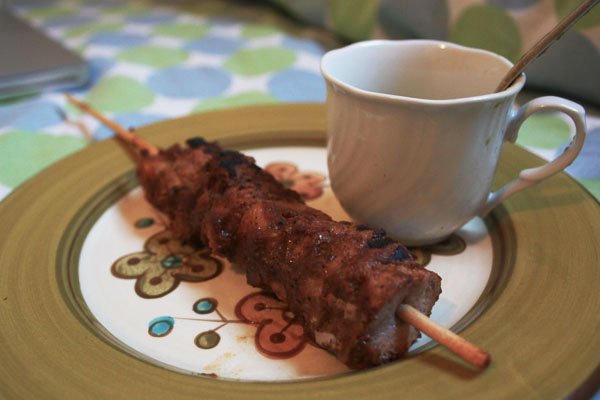 Taking the plate from her with trembling, weak hands I asked her “Que es esto?” She explained – it was even better than I had thought. It was chunks of grilled pineapple and marinated pork on a skewer, smothered in some sort of deliciously thick and spicy, but slightly sweet chili sauce that they no doubt made from the vast collection of multicolored chilis they always have in the fridge. As soon as I took my first bite, everything was all ok…or at least significantly better. The sauce was velvety smooth, like a warm llama-skin blanket on my tongue, while the spice from the chilis woke up my pathetic face, tightening my skin and making my blood flow once again. The chunks of pineapple stuck in between the cubes of pork calmed things down a bit adding a fantastically sweet and tangy freshness and cool juiciness to the pork. 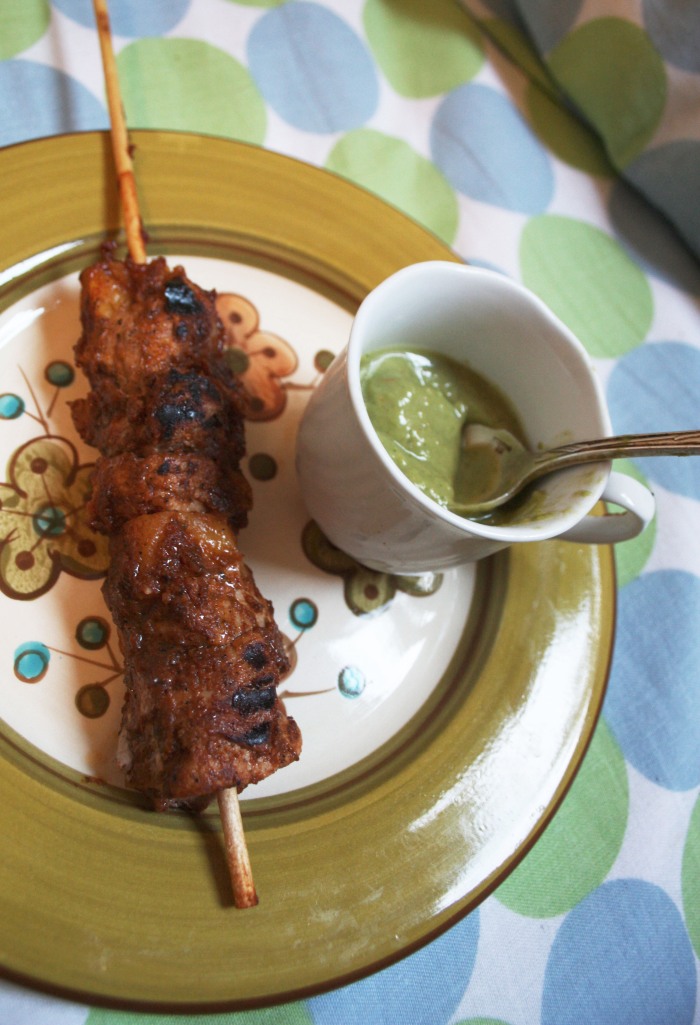 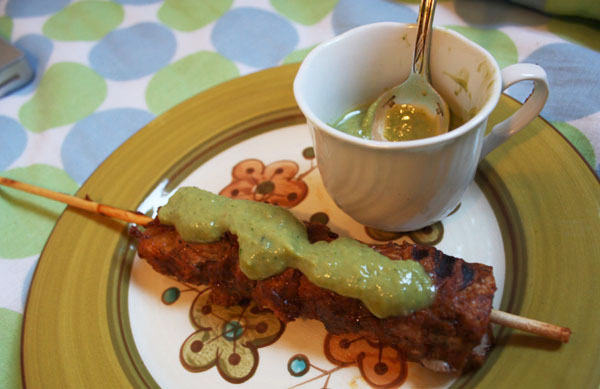 Alongside the skewer was a small bowl of probably one of the best guacamole’s I’ve had thus far. Once again pretty spicy (Colombia and Mexico – my roommates also miss flavor) as it was made with jalapenos, citrusy fresh from plenty of lime and smooth. It was a cold and cool counterpart to the hot and spicy pork. It had a beautiful bright green color to contrast with the bright red of the sauce. This made it visually appealing – beautiful, even – and it calmed my overly sensitive eyes and parietal lobe.

So thanks, roommates, my favorite couple in this city. You kind of saved my ass from many further hours of displeasure with this meal and you made me feel like a loved human being again.