I received the following photo through a What’s App message sent at 2:30 a.m. a few nights ago. “I was a little drunk but now I feel good. Use the picture for the review you’re going to write about the shawarma place.” 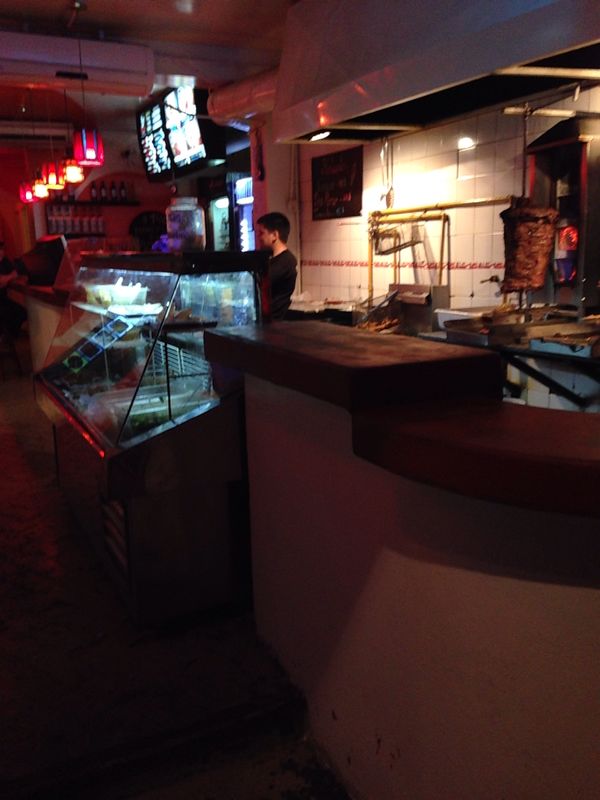 The shawarma place referred to is Sinior Shawarma, a Palermo Soho landmark situated on Honduras, across the street from Kika and Belushi, two of the city’s most consistantly hapennin’ clubs. Night life rages on this block until 4-5ish. And Sinior Shawarma welcomes dehydrated, inebriated youth until as late as 8am. It’s closed until noon, at which time it opens up again to cater to a more modestly attired work-lunch crowd that seems to include just as many regulars.

It is a tradition for Kika-goers to come here for a warm palmful of shawarma in pita along with the last beer of the night. It’s probably the last place to sell the latter. Hunks of chicken, beer and lamb spin seductively on a spit drawing wandering eyes and making mouths water. It’s like a naughty late-night peep show across the window. They also sell things like “empanadas árabes,” börek and kibbeh but nobody ever really gets these. It’s all about the shawarma and the myriad of toppings – colorful sauces and chopped veggies, yoghurt, tahini and guac. It is a messy, juicy, warm meat sandwich held directly in hand with sauces overflowing and staining hungry face that really breathes life into a body that has had one too many shots of whiskey. Customizing it just adds to the appeal, allowing customers to play by their own rules. One sandwich costs $32 or $34 pesos ($4-ish USD), which is relatively cheap even by local standards if considering the amount of protein packed in. And the location really cannot get any more ideal. 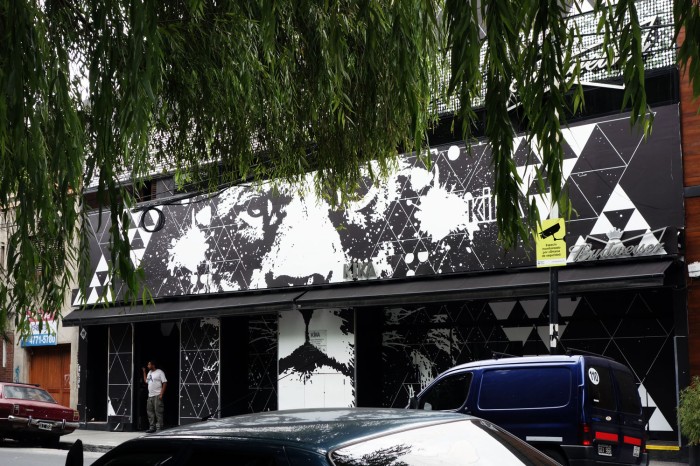 On my way to meet a friend for lunch, my host-companion stopped for a beef shawarma and it wasn’t until I had had a bite that I remembered the significance that this place used to have on my life, especially on Tuesday nights. A good number of those nights ended in a haze anyway, with blurred faces and fuzzy occurences. The one stable memory was the one of spicy sauce and tangy garlic yoghurt mixing in my mouth with tender bits of lamb and crunchy onion. It was enough to sober me up just enough to get home happy and safe, umbrella and dignity in tact. Well…most of the time. Seeing it in daylight, with the black and white lion painting on the wall of Kika looming forth from behind trees across the street was an odd sensation. Going inside and hearing him order with words completely un-slurred was weirder still. 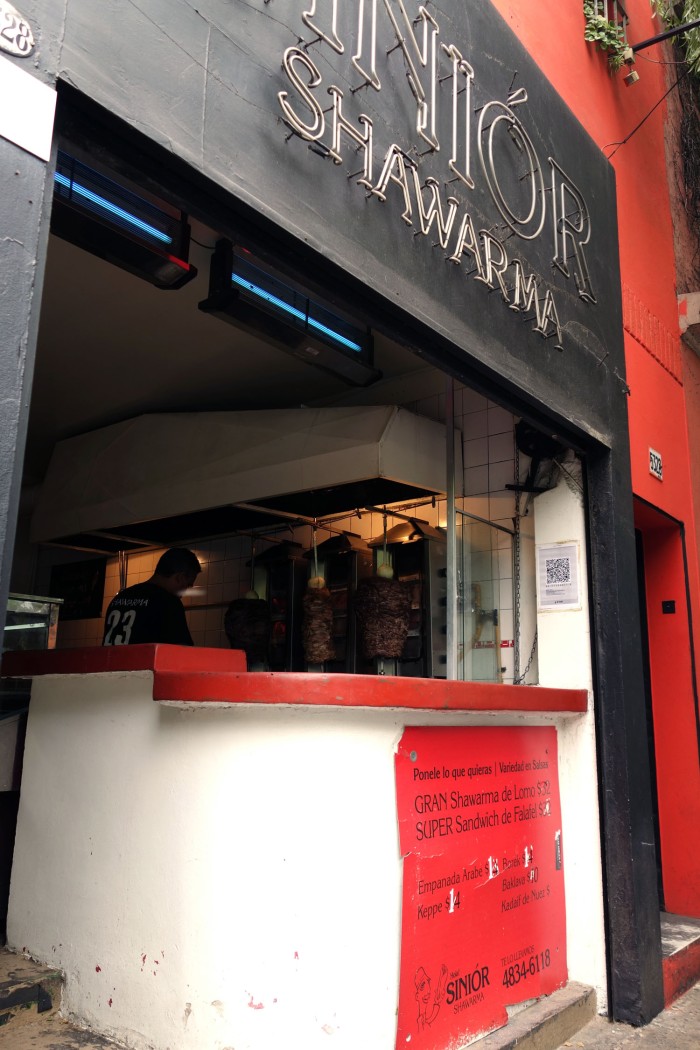 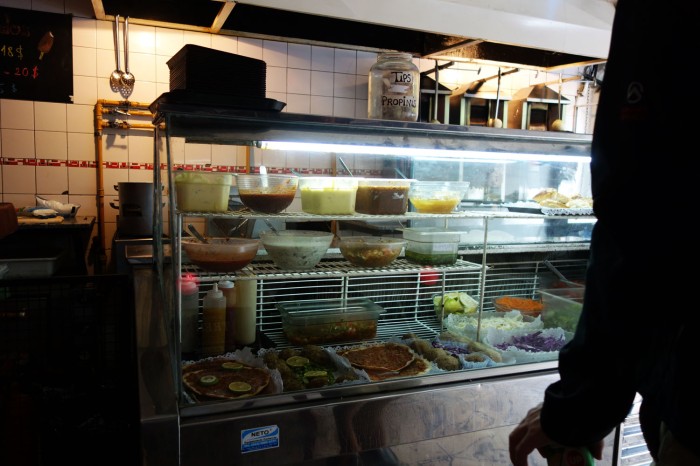 He ordered a lomo shawarma and asked for yoghurt and mint sauce along with a lettuce-tomato-cucumber salad with creamy, ripe avocados mashed in. I fished around for the best bite and took it – one full of meat and crunchy cucumber. The pita was thin and not the freshest I’ve had but that didn’t matter, as its only purpose in this case was to hold in the filling. The meat inside was tender and easy on the jaw and the veggies were crisp enough. The lemon and very light mint in the yoghurt gave a fresh kick to the savory, smoky meat.

No shawarma will ever beat my beloved late night girosz mindennel “gyros with everything” at the Astoria metro station in Budapest. Their shaved red cabbage gives the perfect crunch, while an almost painfully hot chili sauces blends with cool, tart tzatziki into a mix that makes my eyes close as I chew. The meat is shaved ultra-thin and falls apart into its fibers on the tongue. Needless to say, it’s something I’m pretty particular about. An experience at Sinior is not so much about the shawarma itself (although on my scale, the latter still hovers between a 7 and an 8), but the spot that it hits at 4a.m. and the way that it hits that spot. A cold glass of water on your desk at the office does not have the same value as that same cold glass of water after an hour on the treadmill. After multiple hours dancing and sweating and dodging the lit ends of cigarettes, I would rather have Sinior’s shawarma de lomo than the purest Grade-A Bluefin.

Fitting the niche of a specific type of hunger is a quality few foods have. That one big, sloppy bite brought back a slew of intimate and cherished memories of fun nights out with friends.